I had the pleasure of getting to meet Roger Robinson when he and wife Kathrine Switzer were touring When Running Made History and made a stop in Vancouver at Forerunners on 4th (and the following night at the Main Street location). The book could be considered semi-autobiographical, although I’m not sure that Robinson would characterize it that way. The book chronicles some of the pinnacle moments in the history of the sport, with the caveat that Robinson only includes those events that he was physically there to witness, or participate in. It’s a great book not just for the compiled history of the sport, but because Robinson, also an emeritus professor of literature, is a pretty great writer. I found the book inspiring as I stared down my racing my second marathon this weekend in Victoria. 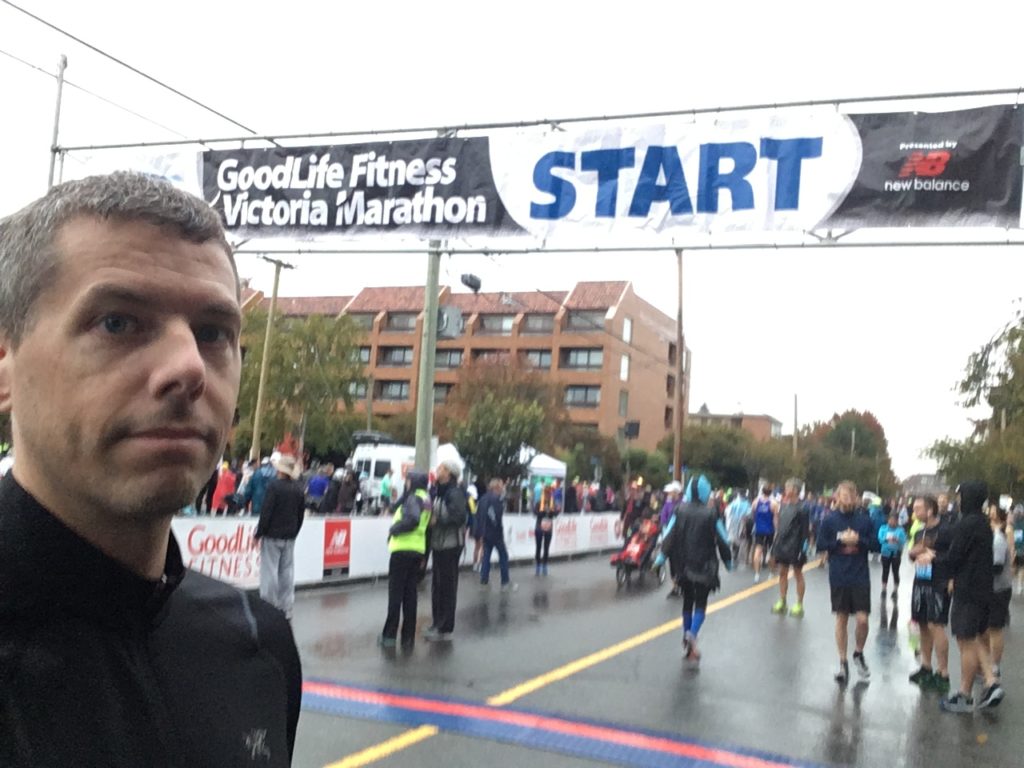 It did not go well. Well, it did not go according to plan. The plan was good: open with 3K at 4:44/KM then 4:40/KM to kilometre 14, 4:37/KM to kilometre 28 and then the final third at 4:33/KM for finish time of 3:14 give-or-take and a slight negative split. And it was going well at 10 KM I was on plan to the second. I had some pacing consistency issues (as usual) and hit midway off by only half a minute, but Victoria’s rolling hills and the not so great conditions, not to mention my not so great condition, really started to take their toll. By the time I reached the final hills at 36 KM I was done and there was no recovery. All that was driving me was to finish without walking and not get passed by the 3:30 pacer.


I went into this marathon with three goals. First, to run a Boston Qualifying time of sub 3:15 for my age group. Second, to beat my first marathon time. And third, to finish without dying. The first was admittedly really ambitious. Perhaps too ambitious. Perhaps I had a bad day, or perhaps in my current condition I am not a 3:14 marathoner. I know my training was better overall than my first attempt at 42 KM, but I did not come out of training feeling the confidence I felt before my first attempt. Part of that was, and is, the fact that I had no business running a marathon yesterday with my knee in the condition that it’s currently in. Some thirty six hours of icing, epsom salt bath and copious anti-inflammatories later it looks more like a football than a knee and I can still barely walk on it. It was dumb. Pride is dumb. I won’t say that I won’t do it again but it wasn’t smart. 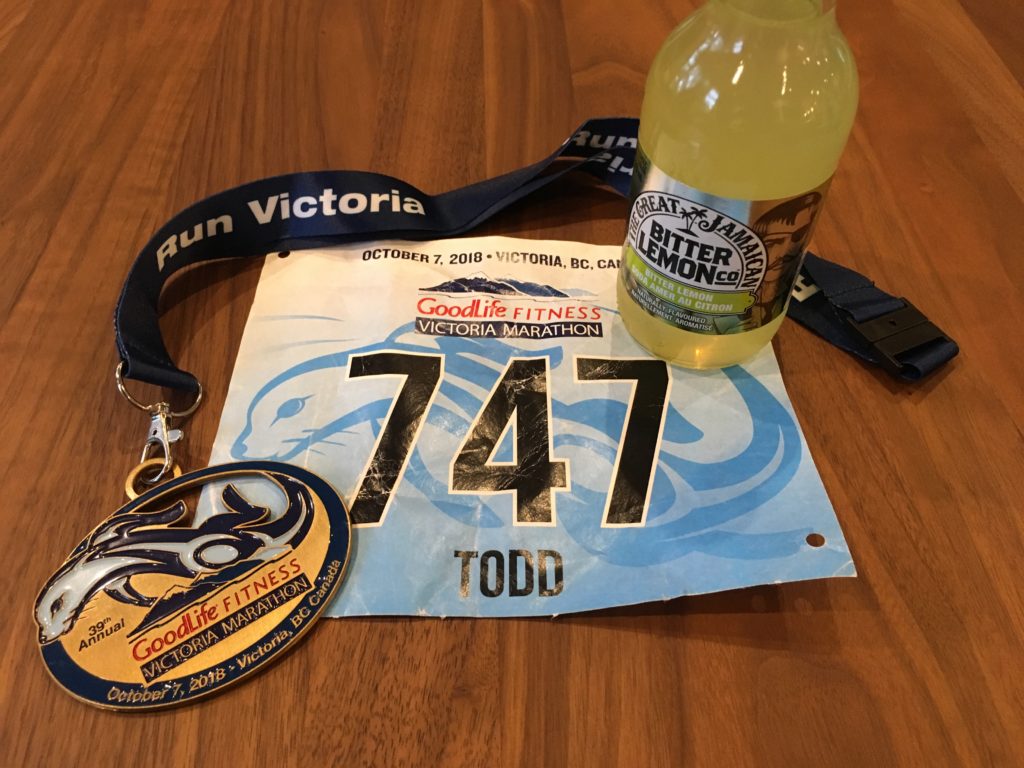 I passed the 3:30 pacer on the mid 20 kilometre out-and-back section of the course. I still recall the slapping sounds as his feet hit the wet asphalt in the rain. For the next 18 kilometres I listened and dreaded hearing that slapping coming up behind me. It never came. I finished my first marathon in 3:34:40 and this time, with experience and sobriety on my side I was determined to beat that time. A funny thing happened along the way. Although I faltered hard at 36 KM, when most people hit the wall I didn’t want to quit. I knew I wasn’t going to come close to 3:14 but I also knew that I’d finished once before, and I would do it again, and I’m definitely better now, even running with an injury, than I was running hungover. I kept listening for the slapping feet behind me but they never came. I crossed the finish line at 3:25:59 for a new personal best. I beat myself by 8:41, which I think it pretty great. Now to recover, get healthy, and get back to chasing my BQ.