I read this book quite a while ago and I had a problem with it and I wanted to ask Taylor about it but then I didn’t and then I forgot about it and then I realized that I’d forgotten about it so I hadn’t added it here so now here I am adding it here, but without getting around to asking the author about it. Anyway, I really liked Taylor’s earlier book Stanley Park and apparently Taylor did too because Rule of Stephens feels very Stanley Park. The formula at least: struggling and flawed but likeable protagonist who is exceptional at this one very niche thing who ends up courting a wealthy investor only to find that they’ve made a deal with the devil. Within the first few pages I’ve grown an affinity for the protagonist Catherine Bach and I have this growing feeling of dread waiting to read what Taylor is going to do to them. It’s a good book and of course its fans will say that there’s so much more to it than the cursory glossing over (wait is that redundant? Hmmm…) that I’ve given here and that’s maybe true. But still. 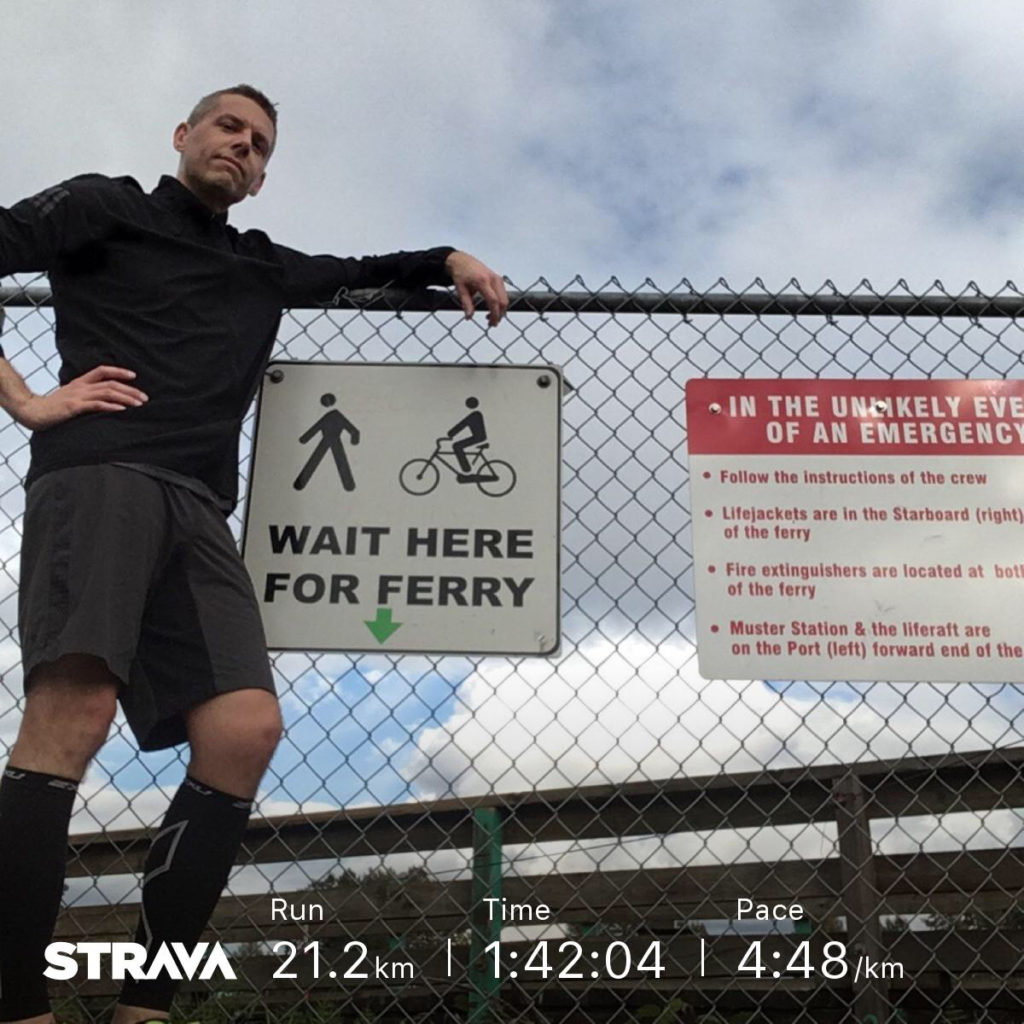 The office hosted a conference at the Sheraton on 104th in Surrey which meant that I was the lucky duck that got to spend a couple nights at the Sheraton on 104th in Surrey. So I took a look at Strava Global Heatmaps for something fun to do Saturday evening. Downhill heading east on 104th approx. 5 KM from the hotel is a little ferry that carries two or three cars at a time over the Fraser River to Barnston Island, which happens to have a perfect 10 KM perimeter road. So that’s fun. The island is farmland complete with medium and large dogs behind fences that want to eat me, and medium and large dogs not behind fences that just lazily lay on the road as I run by. Free-range chicken farm. Herb farm. Cattle and sheep and donkeys. Abandoned and derelict houses. With my overactive imagination I spent the last couple kilometres expecting to run into (and then away from) the Sawyer family at any moment. A ferry ride back across Parson’s Channel to the mainland and then the long slow slog back up the 104th Avenue hill to Guildford. A nice change of scenery to usher in the beginning of my taper. Two weeks until Victoria Marathon.