A slow week in book reading but a great week at my mailbox. The latest issue of Poetry is Dead is guest edited by Carleigh Baker and David James Brock, the latter of whom I was unfamiliar and now I’m interested. Baker has a piece in the new Vancouver Noir collection that also launched this week and I missed out on for fear of spreading the plague. But I really want to pick up a copy. PoD Metal explores the unusual intersection of metal and poetry. There’s some great stuff inside. It’s hard to argue with Luke Meat’s “Five Times Metal Jumped the Three-headed Hydra.” My favourite piece is Chris Koenig-Woodyard’s “Satan, in Pandemonium,” a work whose lines are anagrams of pandemonium, which sounds gimmicky but is not. I don’t think so at least. The issue is delightfully evil, and right up my alley. 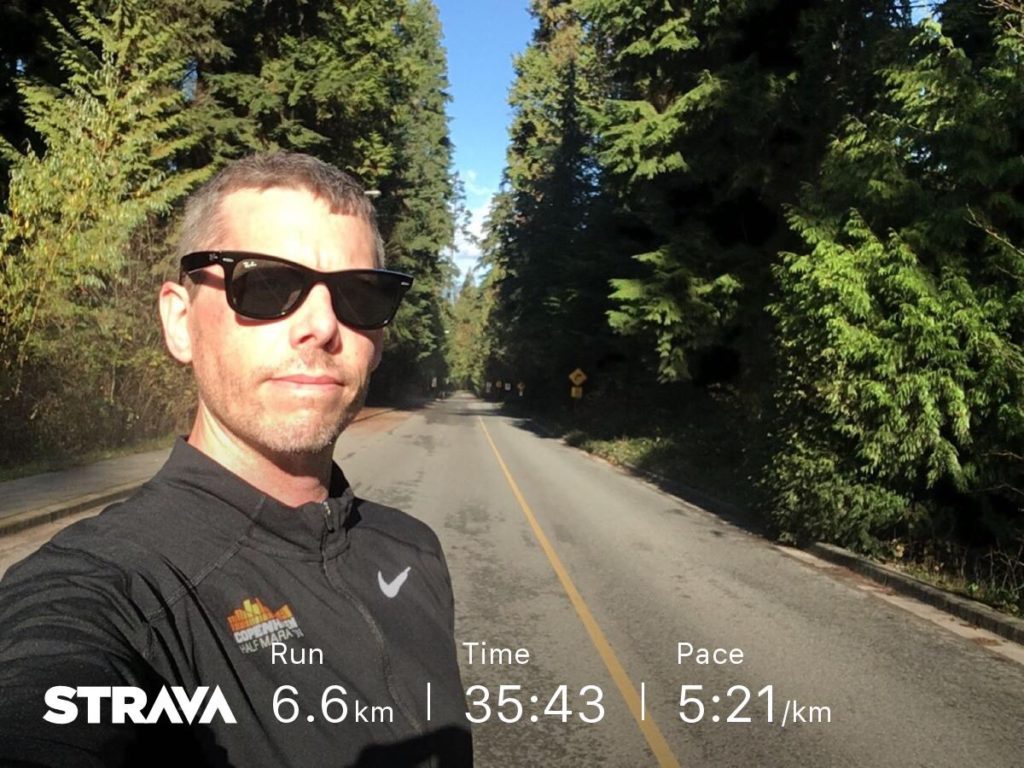 On Wednesday just before the Metal PoD came through my mail slot I went out for a run that would be my 666th activity on Strava, so I decided to run 6.66KM because I couldn’t resist. It went pretty well with minimal knee pain. At physio on Friday I had my knee taped for the first time, which was a different experience and I’m still not sure about it. The run with a taped knee wasn’t great, but I’m not sure that it had anything to do with the taping; I think that between the running and bicycling and strength training exercises that maybe my leg was tired. So I might give taping another try. I’ve started on a study somehow affiliated with the University of BC and at the moment of typing this I cannot seem to recall the confidentiality clause, so I’ll talk about it a little bit. Basically I’m to use and then evaluate a website focused on knee pain, specifically pain in the knee cap. I’ve learned a few things that I’m going to try to incorporate into my routines and see how it goes. I’ll probably write more about the study and the website when it wraps up, sometime before Christmas. My total milage is below what I wanted for this week but it’s a long weekend, which always messes with routine (if you’re paying attention you’ll notice this is Monday and not Sunday…). My current plan is to start slowly loading by adding 5KM per week as long as my knees respond positively. If not then it’s back into the pool, though I want to be in the pool at least once per week too. Two weeks until first test: Moustache Miler 5K on November 24.